What Is A 2-Ball Putter?

A putter is a club which is used in the sport of golf in order to make comparatively short and low-speed strokes with the aim of rolling the ball into the hole from a short distance away.

Today, the term ‘2-Ball’ refers to a specific kind of clubhead design which is utilised in some of the golf putters which are available on the market which are under the Odyssey Golf brand. In 2001, the first 2-Ball — the Odyssey White Hot 2-Ball putter — was a putter model which set the golf equipment world on fire.

The Legacy Of The First 2-Ball Putter

The legacy of that first 2-Ball putter is, certainly, all the very large, geometric mallet-headed putters that you see on the market today with robust alignment patterns on their crowns. Callaway Golf — which has possessed the Odyssey brand ever since 1997 — is still selling a lot of 2-Ball putters. Whenever the organisation makes an announcement of a new “family” of putters, that family frequently encompasses a 2-Ball option: a big, high-MOI mallet putter whose crown involves two white discs.

These white discs on the putter head imitate golf balls (they are the same size as the perimeter of a golf ball) so that when you put a 2-Ball putter down behind your real golf ball, you have the appearance of three golf balls lined up in a row. This was the real breakthrough of the original Odyssey White Hot 2-Ball putter in 2001: A very simple, yet very efficient, alignment aid which actually worked.

Other Types Of Golf Clubs

The category of golf clubs, which are called “woods”, includes the driver as well as the fairway woods. (They are called woods even if their clubheads are no longer made of wood.) The woods are the clubs which have the largest heads (usually hollow, stretching a few inches from side-to-side as well as a few inches from front to back, with rounded lines) in addition to longest shafts. Golfers are able to swing them the fastest. These clubs are utilised for the longest shots, including strokes that are played from the teeing ground. 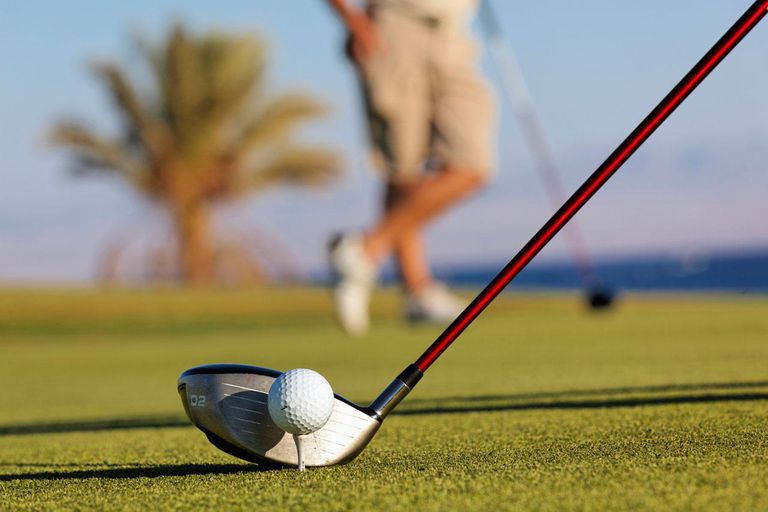 Irons come in numbered sets, often ranging from 3-iron through to 9-iron or pitching wedge. They have smaller clubheads as opposed to woods, particularly front to back where they are comparatively very thin (which led to one of their nicknames: “blades”).

Most irons have solid heads, even though some are hollow. Irons have angled faces (that are called “loft”) etched with grooves that assist with gripping the golf ball and impart spin. They are generally made use of on shots from the fairway, or for tee shots on short holes.

As the number of an iron increases up (5-iron, 6-iron, etc.), the loft goes up while the length of the shaft decreases.

Hybrid clubs are the latest category of golf club and are as fun to use as getting lucky at casinos. They became mainstream only around the turn of the 21st century, however they existed for many years before that. Think of the clubhead of a hybrid as a cross between a wood and an iron. Hence the name “hybrid” (they are also sometimes called utility clubs or rescue clubs).

Hybrids are numbered like irons are (e.g., 2-hybrid, 3-hybrid, etc.), and the number corresponds to the iron they replace. That’s because hybrids are considered “iron-replacement clubs”, meaning that many golfers find them easier to hit than the irons they replace. But if a golfer uses hybrids, it is most likely as a replacement for the long irons (2-, 3-, 4- or 5-irons).