Every golfer dreams of getting out on the course when the weather is crystal clear, the temperature is just right, and there’s plenty of sunshine for maximum visibility. But the reality is that the weather very rarely does what we want, and more often than not golfers tend to find themselves playing in extremely cold weather, which is much more prevalent in northern climates.

The cold can prove a difficult challenge to overcome on the course, and it’s important that the player has taken all the right precautions to ensure that they can still put on a top-notch game while staying warm and safe, but always remember that sometimes it’s a better idea to stay at home and enjoy some television or real money bingo Canada games.

When out on the course, it may seem like the colder air is better-suited for hitting long drives, but cold air is deceiving in that it is denser than warm air, meaning that balls are subject to far more drag. This means that a player is likely to lose some distance, depending on how cold it is. Along with this, colder temperatures may make it harder to get enough power into the club to send the ball a long distance, so it can pay to know which club is best to use when the temperature starts dropping.

It may seem like a good idea to spend a few minutes warming up a golf ball before putting into play, but it’s not only against the rules in many clubs, but it has virtually no effect on the ball. Some rules exist that completely prohibit the golfer from warming up a ball during a round, and while it isn’t against the rules to warm the ball up before the round starts, it makes no difference, as studies have shown that warming a ball up has no significant effect on the distance it can travel.

It’s a very old wives tale that alcohol heats a person up. It’s a myth that’s grown out of the fact that someone consuming alcohol actually feels warmer, but the truth is that alcohol actually does the opposite, and can make it easier for the body to lose vital body warm. It may be appealing to take out a flask of something strong and “warming” but it’s best to instead take some hot chocolate or tea.

This should go without saying, but warm clothing is important to have on before hitting the course. Temperatures in certain parts of the world can become dangerous fairly quickly, and having the right clothing can mean the difference between a fun time in the outdoors and a deadly dose of hypothermia. 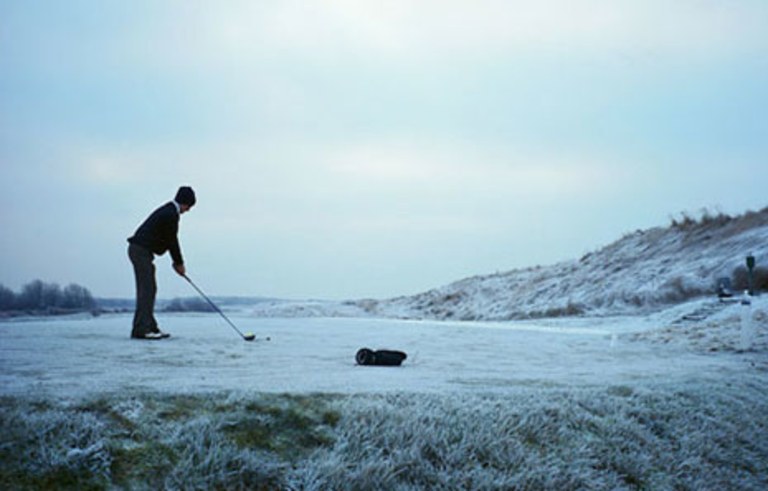 Cold temperatures can have a direct, physical effect on materials, such as steel or graphite that are left in the cold for too long. This applies to golf clubs, which are often made from those two materials and rubber – all of which can bend, expand, and contract if it’s cold enough.