Should I Change My Grip If I Want To Draw Or Fade The Ball In A Golf Shot?

Tour players don’t really like to talk about how they shape shots. They just shape them, whether it’s by “thinking” fade or, perhaps, “feeling” a draw. Their mechanics are that refined. However, they had to begin somewhere, and for intrepid shot makers there’s no better place to start than the set-up.

By changing your ball position, body tilt as well as alignment, you are able to hit the ball through nine different shot making gaps: fades, draws as well as straight balls on a low, mid and high trajectory.

A total of 90% of amateur golfers play the ball with a left-to-right shot shape. And nearly 100% of them would probably swap it for a crowd-pleasing draw, if given half the chance. However, is a draw all it’s cracked up to be? Plenty of the world’s best golfers actually favour a fade.

When Does A Right-Handed Golfer Hit A Draw?

A fade takes place when the club path is out to the left and the face angle is open in relation to the path at impact. That will make the ball launch to the left of the target with a positive spin axis which sees it curve towards the right. 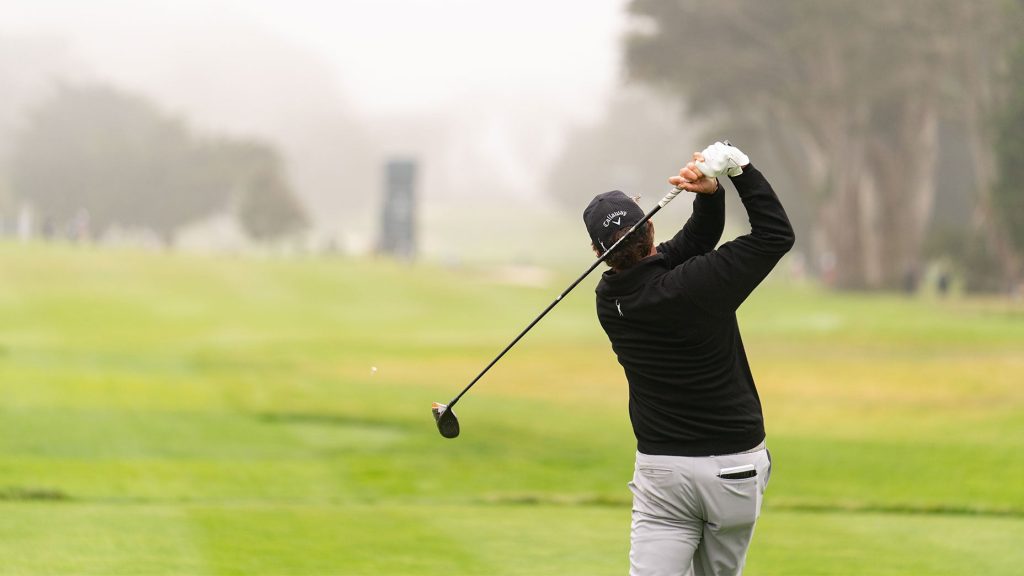 Why Does A Draw Go Even Further?

Technically, it doesn’t, and you aren’t actually aiming for 21. Provided the ball speed, launch angle as well as spin rate are the same, a draw and fade will carry and roll the for the same distance. However, from a practical standpoint, most club golfers will hit a draw further as opposed a fade as when they hit a draw, they reduce the loft, leading to lower spin rates. Most of the time, shots with lower spin travel further.

So, Should I Change My Grip?

No need. Use your usual grip as always. It is better to change your swing attacking path than to adjust your grip. Very often, we often see someone trying to hit a fade or draw end up hitting a very good push slice or pull hook, straight, long, however into the wood.

If the player is using a neutral grip and correcting your aim by making between a 3-to-5-degree gap that opens or closes the club head, and introducing push to either side, you could make an artificial slice or draw. In addition, this introduces extra torque to your grip. You will instinctively counter it by tightening his or her grip. This could break his or her swing consistence, repeatability or reliability.

On the other hand, especially for a muscle back user, the weight naturally counters your swing path. So, if you swing inside out, the club introduces a little pull which creates a draw ball flight. The opposite is true for a fade.