Celebrities With a Passion for Golf

As you well know, golf is a very addictive game. It should come as no surprise to learn that many celebrities play it on a regular basis. Find out who frequently finds themselves in the leather.

The American actor, comedian, and writer is famous for his deadpan delivery. One of his most popular roles was the Carl Spackler one, in Caddyshack, which featured golf as its main subject matter. He is also a keen golfer in real life. In fact, you may have caught him in action at the AT&T Pebble Beach Pro-Am. He plays up to the camera, which sees his game suffer, but he claims to have an eight handicap.

Justin Timberlake is one of the best-selling musical artists in the world. He shifts huge numbers of albums, fills arenas to the brim the globe over, and is one of the industry’s Good Guys. He has gained respect for his clean-living and commitment to raising money for charities.

Timberlake was introduced to golf when he was young and apparently quickly revealed his aptitude. He went on to playoff five and even sports his own tournament on the PGA!  The Justin Timberlake Shriners Hospitals for Children Open combines two of his major passions. 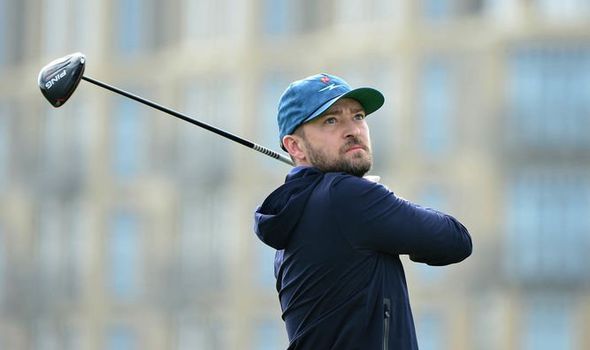 This American actor and producer is widely held to be one of the finest, and most popular, actors of his generation. When he’s not shooting bad guys on the silver screen, he is avoiding air shots on the fairways. In fact, he loves the game so much that he includes a clause in his contracts that give him time to play! Producers need to allow him to play a minimum of twice a week. He is either moved onto a golf course or he joins a club so he can play wherever the film is being shot.

With a handicap of six, he’s known to play daily, as many as 27 holes in some cases. We know we’d consider staking on him if that market opened up at a bookmaker like Ausbet!

This one-time gang member who’s spent some time in jail for cocaine possession is not your typical club golfer by any means. But the hip-hop superstar loves it and apparently has a handicap of 18. He can certainly pick and choose where to play thanks to selling over 12.5 million albums!

This American country singer and songwriter handles a golf club almost as well as he does a guitar! In fact, he could probably have made a living playing if he had taken a different career path. Gill has been a scratch player since high school and frequently breaks par. But he says he’s never regretted getting on stage instead of the tournament cycle and that his putting stroke has never been good enough.

In 2003, the American PGA acknowledged his volunteer work. Gill raised millions for Tennessee junior golf and was honoured with a Distinguished Service Award.